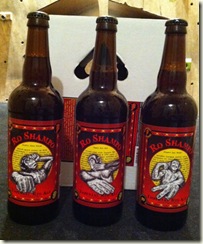 Scott Bort visits Figure Eight Brewing. article Reports Ro Shampo is available in bombers. Skip DuVall at the Alcatraz is having a name that beer contest. He has a Strong Scotch Ale that will tap in about a month, but need’s a name. Winner gets dinner for 2 and bragging rights of course. The name can be "Alcatraz Prison" related or not, but be creative. Send your suggestions to indy@alcatrazbrewing.com. This year’s Upland Schwarz Black Lager will be out in 6-packs and tap in a couple of weeks. Head Brewer Mark Snelling tells us Bee Creek Brewery “has taken delivery today of 4 new 7 barrel fermenters and a 15 barrel brite tank.  The new tanks will allow us to increase production and get us up to near 100 barrels per month. If you would like, I could take some pictures tomorrow and send them to you for posting.” Yes, please do. HBG details This Month In Beer Releases from World Class Beverages. And Jason visits Flat 12 blog Next Thursday, Darrin Conner at the Bier Brewery and Taproom will have Chocolate Mint Stout back, a Belgian Tripel, and Cold Sweat (20 SCH Kolsch) available. Later, a Bacon Bourbon Stout. The Ram has $5.99 growler refills all month (except Sundays and seasonals). Andrew’s seasonal plans are to always have a light, a hoppy, and a malty beer available on the chalkboard. Oh, and on Wednesdays, the Fishers location has $1.99 24-oz glasses. Downtown now has a choice of 13, 18, or 24 oz. Had a 13oz Delusion for $4.50. Yike. The NABC/Schlafly/O’Fallon C2 will be out mid January. It’s a Smoked Belgian Dark Strong Ale. Full recipe Tastes: 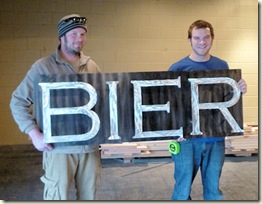 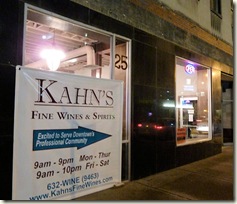 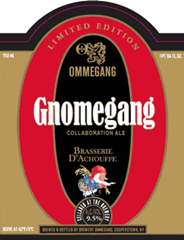 Gnomegang. Brewed in New York, by Achouffe Gnomes? Blonde Ale. 9.5%. Both Ommegang and Achoufre are owned by Duval Moortgat. Paste Magazine’s 25 best American Breweries (of the decade). DFH, Allagash, Avery, Victory, Founders, Three Floyds, Bell’s, Rogue, SamA, New Belgium, Jolly Pumpkin, Stone, North Coast, Ommegang, Brooklyn, Sierra Nevada, and Great Divide are the ones we get here. in addition to the 20oz pint (and the occasional 10oz half pint) Brit pubs will soon be able to serve in a 2/3 pint (400 ml pour). They’re making a big deal out of this in the press over there but we don’t think your next vacation to the UK will be ruined. article Friend of the show, John Holl has an article in next Sunday’s NY Times about visiting breweries. No Indiana breweries but an interesting read. It’s online now. Beervana’s DMS Awards. (Dismal Malty Substances) 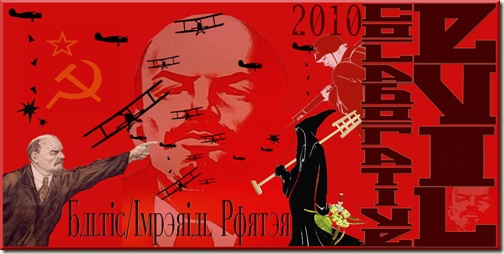 The most aggressive label yet. Collaborative Evil from FiftyFifty in Truckee; Lucky Buckets in La Vista NE; Oakshire Brewing of Eugene, OR; Silver Peak in Reno, Flossmoor Station, Triple Rock in Berkeley, Fatheads in Cleveland, and Brew Kettle in Strongsville, OH. Whew. details