We’re told Upland sold 160 growlers on the 4th of July. 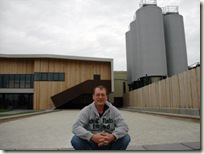 Ex-Indy guy Greg Christmas got quoted in the New York Times about energy saving at Dogfish Head. It’s also rumored he will be prominent in the Discovery Channel’s Brewed series. And he’s working on a retail Randall the DFH will be offering for $300. Don’t quote me on any of this though. Here is an interesting review of what you can learn from Daniel Okrent’s Last Call: The Rise and Fall of Prohibition. And here’s his interview on the Daily Show. 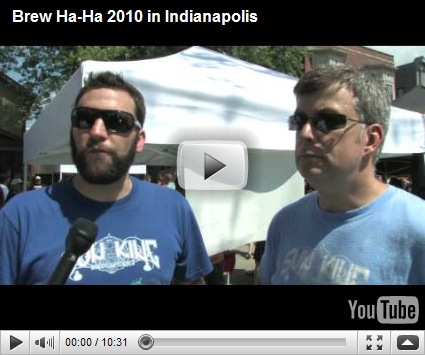 Ryan McCracken of Boss Nacho has posted a 10 minute video of the Phoenix Theatre Brew-Ha-Ha. Lots of interviews with the brewers. Even though inflation is at an all-time low, the price of a Maß (one litre) at Oktoberfest will go up again this year. Oktoberfest is Sept 18 – Oct 3.

Excerpts from the Official Wiesn-Dictionary:

aufstöin (v.) to donate a beer. Biafuizl (n.) beer mat, is often used by the waitress/waiter as a note pad where dashes indicates the quantity of beer ordered by the guest. Bierdimpfe (n.) notorious beer drinker, "tavern potato". bieseln (v.) term for "to take a leak" Blembe (n.) should not exist, bad beer. Dampf (n.) occurs after some Maß beer, the intoxication. eikastln (v.) to put in prison, to arrest. Fetznrausch (n.) totally drunk. Fingahackln (n.) Bavarian sport. Two men hook their middle fingers and try to pull the opponent over the table. Popular activity at the Oktoberfest. Heisl (n.) toilet. Maßkruagstemma (n.) a contest, where the contestant must hold one maß beer with straight arms. The one who can carry the beer longest, wins. Mognschoaß (n.) belch, eructation. nimma (adj.) no more. Noagerl (n.) the last remainder of a beverage in a glass. ogschdocha (adj.) tipsy. Schuaplattler (n.) Bavarian group dance for men, where you clap your hands on the thighs and the shanks. Schoaß (n.) methane containing, foul smelling puff, often caused by digestion procedures. Not popular in the beer tents. Wampn (n.) patronising expression for a oversized oft hanging belly. Caused either through a large consumption of foods with a high fat content or beer. zupf de (v.) back off, get lost.