Congratulations to Dave Helt of Milwaukee for his Best of Show at the Crown Challenge with a Brown Porter. He was also reserve BOS at the Wisconsin State Fair this year. Congratulations to Eileen Martin (Upland) for getting an American Distiller’s Institute internship at Huber’s Starlight Distillery. more details Rocky’s Italian Grill now has 32 taps inside and 16 taps on the veranda. 5 mundane, 4 imports, 1 cider, 11 USA craft regulars, and 11 more rotating. Plus nice views of the Ohio, even on a dull cloudy day. 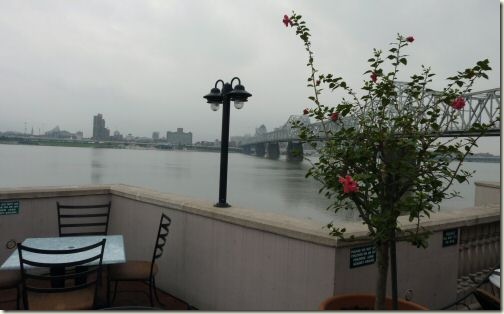 World Class has a couple of dozen captioned snaps of their trip to GABF 2009. The Knights of the Beer Roundtable goes through the Berghoff catalog. Wikipedia can be believed, but in the Berghoff/Huber case they only go back to 1960. Here’s the real poop – it’s an Indiana beer. Magic Hat will serve beers from the Night of the Living Dead 12-pack (plus Lucky Kat) at the Oct 13th beer dinner at the Fireside Grill, Indy. $35 complete. Call for reservations – 317-823-1000. Five Uses for the Hop. New Belgium will bottle Ranger IPA in early 2010 as a regular offering. Simcoe, Cascade, Chinook hops to 60 IBU. 7% ABV. Headline: "Major fake vodka plant raided". A still in Leicestershire, England making fake Glens brand vodka. They had 9,000 gallons of pure alcohol on hand – enough for 130,000 bottles. That is major. Britain has changed the rules so tips can’t be figured in to the minimum wage (£5.80 – $9.33 US). Ernst & Young figures there were about 3,000 breweries in Europe in 2006 and 3733 in 2009 – a 25% increase. That’s 2.5 million jobs.