Barley Island‘s Count Hopula Imperial IPA is being released today at both locations. BJ’s Restaurant & Brewhouse in Greenwood has two seasonals on tap. Their Oktoberfest lager is tasty but has a bit of a Summit hop taste. Their Pumpkin Ale holds a full hand of pumpkin pie spices. 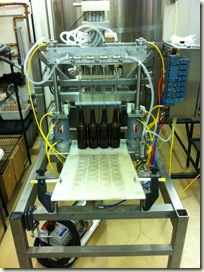 Figure 8 Brewing has a 4-head Meheen and will be putting out 22oz Ro Shampo in a few weeks. How did we miss, back in 2007, the naming of Mineral Water as the Official State Beverage of Indiana? From Dogfish Head, “Over the next sixty days we will launch the following beers. Olde School, Burton Baton, Squall, My Antonia, Chicory Stout, World Wide Stout, Bitches Brew and lastly this years Fort. Phew!!!!!!!!!By years end we will have sold just over 115,000bbls worth of beer. This marks a tremendous achievement for us. The 100,000bbls bench mark has only been crossed by a handful of brewers. We are not stopping there. Our goal for 2011 is to sell 140,000bbls worth of beer. This will be another 22% total barrelage growth for us.” What beer for the Halloween weekend? How about Wychwood Hobgoblin? Rogue Dead Guy? Witches Brew? Goose Island Night Stalker? Anything from Fantome? Or even Oaken Barrel’s Gnawbone IPA.