Took a trip up north. Here’s what we found. 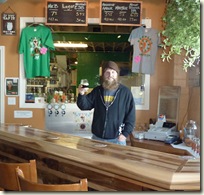 People’s Brewing‘s tasting room has a full bar at the front of the brewery. Yes, good times.

Kennywood Brewing Supply in Crown Point was closed as we went through town. Got a shot of the interior at least. 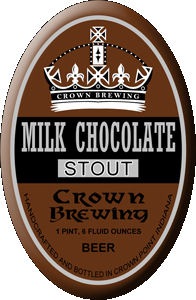 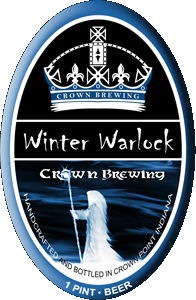 Just 2 blocks away, Crown Brewing was open with a few people enjoying their taps. New beers include 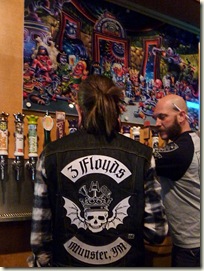 Three Floyds hasn’t changed much from their winning formula. The beers are varied and interesting. 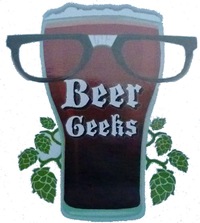 The new Beer Geeks Pub in Highland was the next stop. It’s at 3030 45th St. in a shopping center. 20 taps, 1 handpull. Non-smoking. A comfortable roadhouse feel, knowledgeable staff, detailed beer menu, and a cardigan clientele make this a new favorite local for the area. The beer pictures on the walls were drawn by July Barrera. 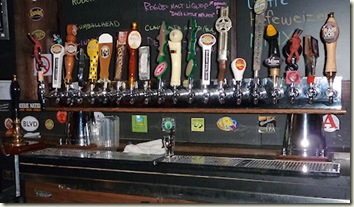 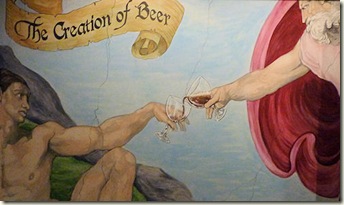 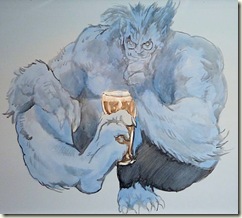 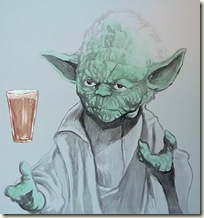 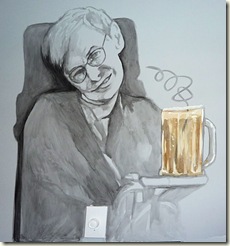 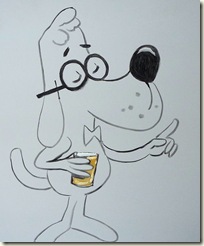 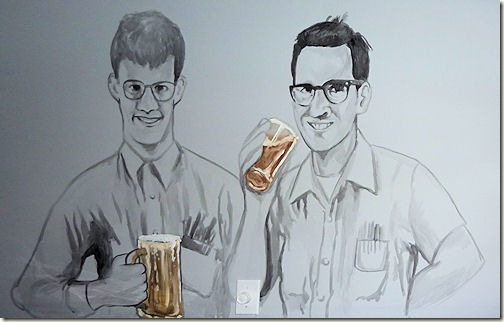 Figure 8 Brewing was also closed as we went through. The Ro Shampo at Beer Geeks sill suffice. It has 6 malts to make an Imperial Red Ale at 7.5%. Not a Rad Red or other ultra-hoppy Summit brew, rather, it is quaffable and sneaky. 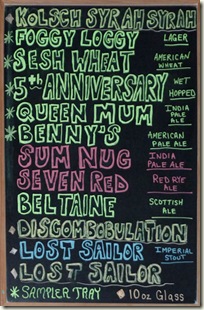 So it was off to Shoreline for a few trials.

Sam is putting in 2 30bbl fermenters and a 30bbl conditioning tank in the back room to join the phalanx of oak barrels. These barrels have produced, with up to year of aging, 6 beers that are available at the bar ($20/750ml): Lost Sailor Imperial Stout, Discombobulation Celebration, Sum Cens IIPA, Big Bella Scotch, Curse the Goat Dopplebock (all of these in Bourbon barrels), and Seven Red on a French Shiraz oak wine barrel. Coming up: Bavarian Bombshell, Black IPA, Don’t Panic English Pale Ale, Singing Sands Oatmeal Stout.

At Back Road, things are going along as normal. Chuck’s Christmas Ale is conditioning. This year it is an oak-aged Baltic Porter. After 1 week in the wood it has a perfumey lavender aroma over a solid base. Give it a month more aging and it’ll be perfect for the season. Mishawaka Brewing‘s seasonal is a