I poured 5 Brooklyn beers including Local 2, a Brussels Black style that is bottle conditioned and very effervescent. Think Brugge Black with champagne bubbles and a very spicy black pepper finish. There’s a little on store shelves but is quite limited. 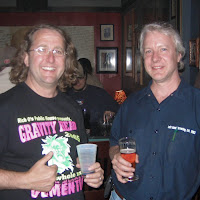 Mike Walters of Left Hand was at the Fest of Ale with the Moo-mobile and at Rich O’s later where he poured St Vrain Tripple (quite agreeable) and their Imperial Stout aged on Heaven Hill barrels for 12 months (chalky dry, oak is in there but not the primary highlight). company descriptions

Flanagan’s Ale House in Louisville was the scene, Sunday, of a blocked off street and 300 or so people tasting from about 25 stations. Barley Island, New Albany, and Upland were the Indiana presence (most were even recovered from the previous evening night early am). Kentucky breweries included BBC,

Kentucky Ale, Cumberland, The welcome shaded garden behind the Ale House was a popular spot.

The charity was Pints for Prostates which is run by Rick Lyke (the guy who does the business news for Brewing News papers) and Rick was even there personally – a real treat.

The Lagers were there with 7 taps including Leah Dienes’ Green Chile Ale – roasted skins and a very agreeable heat. 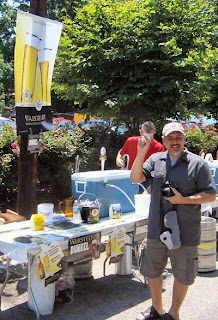 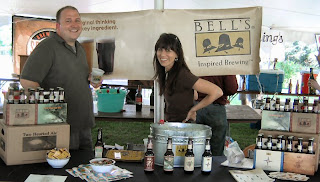 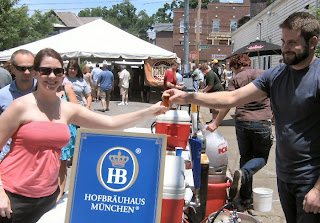 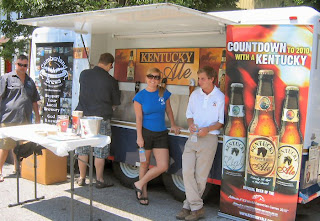 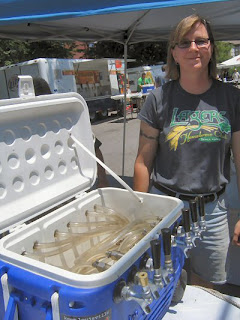 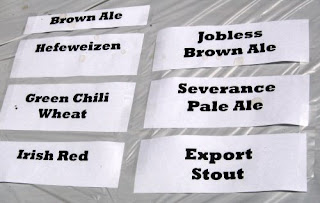 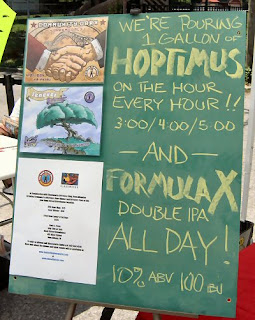 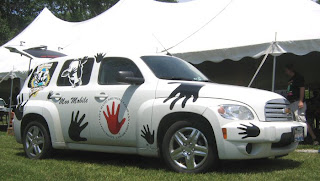 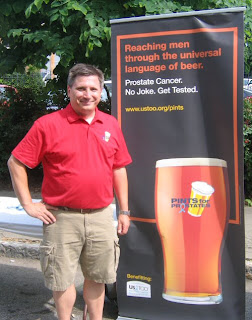