The latest big brew business, and soon to be brewpub, in Indianapolis is Outliers Brewing Company. Located off Massachusetts Avenue, you’ll find the brewery just as E North St. and N Park Ave. form some semblance of a right triangle with Mass Ave. For those of you who don’t get excited about the scattering of oblique roads in Indy, or who are as lazy as me, plug “534 E North St, Indianapolis, IN 46204” into your GPS. I have been a long-time fan of the Brugge Brasserie due to its emphasis on the craft beer and culinary creations from such a unique culture. Although Ted Miller’s work at Brugge was integral to its success, his latest steps with the creation of Outliers afford him the ability to depart from a somewhat linear focus of European beers. I see Outliers as his opportunity to further exercise his creativity within the burgeoning American beer scene that is composed of an aggregation of styles from around the world. Ingenuity further exemplifies the difference between “European brewing” and “American brewing” as we enjoy pushing stylistic limits with coffee additions, unruly amounts of hops, and whatever the brewer can imagine (wasps?). 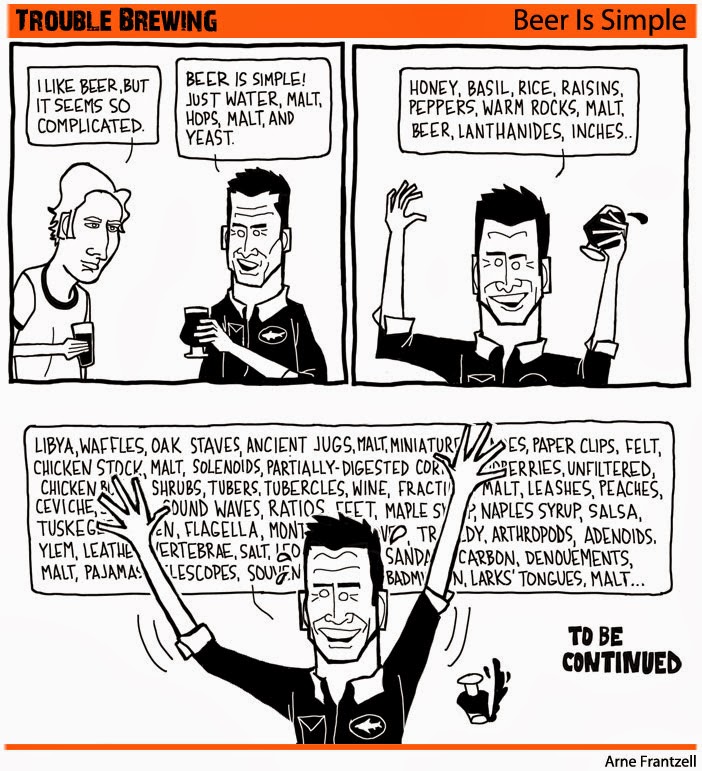 Needless to say, I was obviously interested in checking out the new brewery during their grand opening celebration. Although the location is quite close to Mass Ave, I found parking nearby to be arduous. If I was spending a decent amount of time on Mass Ave, I wouldn’t mind parking at one of the meters. However, if I’m just looking to pick up a growler from the brewery I feel my meter money would be better spent compounded to my tip. Unfortunately, a $10 growler, parking fees, and decent tip for hopefully being able to sample some beers, would quickly add up. Upon trekking through the snow-laden streets to get to the brewery, I realized parking troubles may have been contingent with it being a Friday night and the enormous crowd that surprised me as I walked inside. The brewery is located in a fairly large warehouse that offers what appears to be substantial space to accommodate any similar events they may be interested in hosting in the future.

Initially, I was overwhelmed with the sheer size of the inside of the brewery. I didn’t expect Outliers to be producing such a large quantity of beer from the kickoff. I later discovered Outliers was estimating a capacity of 3,000bbls a year. I soon found some friends and we made our way to the beer line to grab some pints. With no beer list to be found and the roar of the crowd too much to ask specificities regarding whether their pilsner resembles a German, Bohemian, or Classic American Pilsner, I was somewhat indecisive. My girlfriend quickly assisted me by reminding me to be parsimonious with my time due to the long line and to cut the pretenses because I was probably going to order the Pilsner anyway (I was).

Because of Ted’s tenure, I did not expect to find any noticeable off-flavors in his beers and my expectations manifested as truth once I tried their Pilsner. After drinking canned Bitburgers and Pilsner Urquell’s earlier in the week, my standards were admittedly quite high. However, our group got together and discussed the qualities of each of the four beers:

1.) Blau Machen Pilsner – The aroma consisted of a floral hop profile and the malt backbone was somewhat substantial, leading me to associate it more with the Urquell than Bitburger.

2.) Whitcomb Rye – I found this to be another interesting take on a light, fairly dry, and refreshing sessionable beer. The Rye added just enough complexity to make the beer more unique than the other light yellow/blond fizzers you’ll find around town.

3.) County Brown – Envisioning an American Brown, or maybe Northern English Brown, I was taken aback by the startling amount of roasted malt in this beer. Seemed to be more like an English Mild with its medium-light body that, despite being dark and roasty, beckons you to drink more than a couple.

4.) Buffalo Jacket IPA – Although you’re in Indiana, you can’t expect every hoppy beer to be Floydian in nature and to blow your palate to hell and back after one sip. This well-balanced IPA has a pleasant malt profile that, in my book, is an outlier from the abundance of examples that bombard you with excessive amounts of crystal malt.

Decidedly, all of the beers were modestly carbonated. This translated to the Pilsner, Whitcomb Rye, and IPA being a little smoother than I would have expected or preferred. However, it worked out pretty well for the County Brown, a unique style that isn’t overstated in our state’s craft beer scene. Most importantly, I must applaud Outliers for brewing a sessionable gateway beer that is distinctive from a corny Cream Ale! Someone please remind my why I can’t get a locally brewed Kolsch in Indianapolis when our sister city is Cologne, Germany?

I planned on staying longer, but as the crowd rapidly grew and after the same couple elbowed my girlfriend into me for the fourth time as they tried to cut in the middle of the line, we decided we had enough training for the Winterfest crowd and departed. Overall, I believe I had quite a positive experience at Outliers sharing beer with friends. My intention is to return when The Owner’s Wife opens, depending on whether they have decent vegetarian options. If attending the brewpub for food doesn’t work out for me, I’m sure I will see their beers around town. However, with so many interesting beers on tap these days, it will be entertaining for the consumers to see how the growing battle for Indy’s taps plays out.

Check out Outliers Facebook page for pictures from the event and news updates – https://www.facebook.com/pages/Outliers-Brewing-Company/229568467197933