Another year, another day of perfect weather for the Phoenix Theatre Brew-Ha-Ha. Ha Ha. This was the first year in a while that 90°+ wasn’t the bane of all the breweries and attendees. Indeed, a nice day and a huge crowd. The Lebanon American Legion calliope boat/trailer entertained the set-up crews before the bands (Bobbie Lancaster, Finding Fred, and The Subpoenas) played. 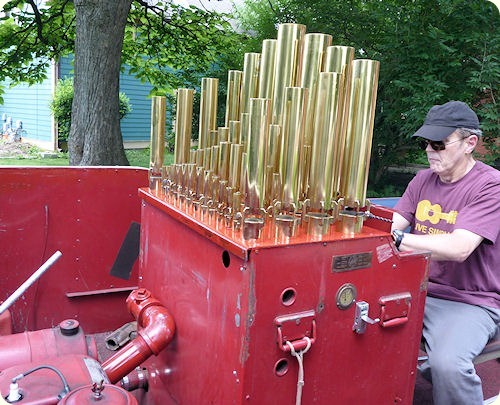 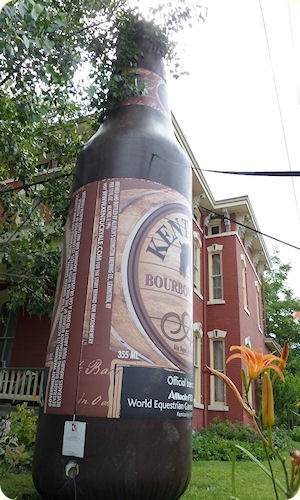 Fountain Square Brewing Co. made their public debut with   a wide range of test beers and an innovative 1 litre backkpack pourer working the crowd. 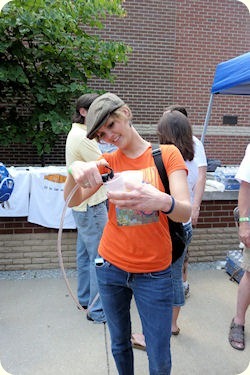 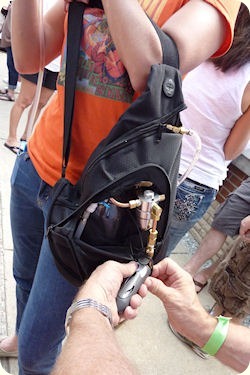 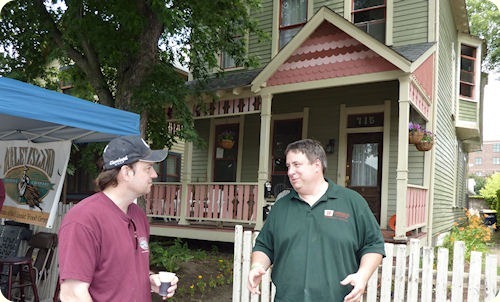 Roderick and Kiera Landess are expanding their brewery in Richmond 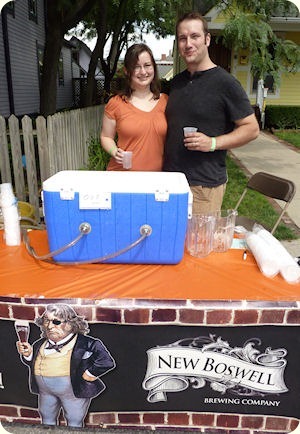 Sun King, the Ram and others had special pourings through the day. 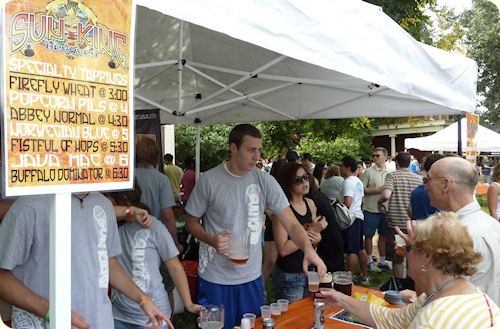 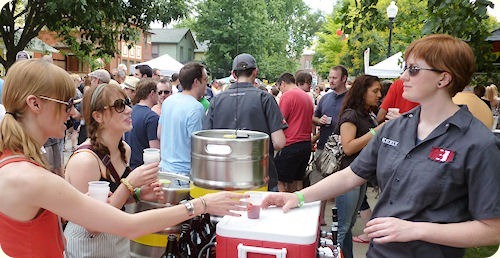 It didn’t take long for the block to become crowded. Two hours into the festival it became very crowded. We’re not going to speculate on the count but next year an attendee limit or a larger venue will be likely. 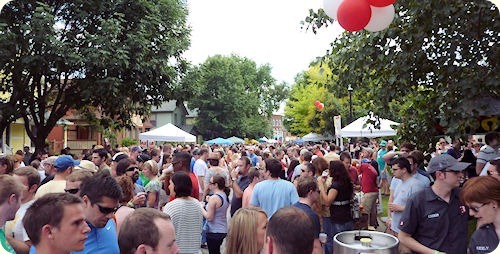 People who live on that block of Park Ave. were, again, very gracious, helping both brewers and the crowd alike. By 5pm, the lines stretched from door to across the street at Sun King, Half Moon, Upland, Broad Ripple Brewpub, Thr3e Wise Men, Bier, The Rock Bottoms, People’s, Bee Creek, Power House, and every other brewery pouring (as this 1-minute video shows). And the typical line at the portapotties. This one was odd that it stretched across Abbey Road. 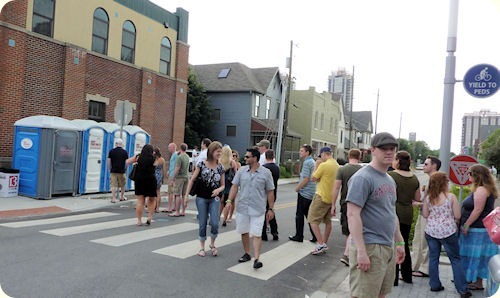 All in all, a lot of people got to try a lot of good beer. Cavalier was pouring from their excellent repertoire, breweries were pouring from their back rooms, food was good and not overpriced. People realized they needed to get a sample and immediately stand in the next line. The 16th year of good times for the Phoenix Theatre Brew-Ha-Ha.