There’s a new brew in town! 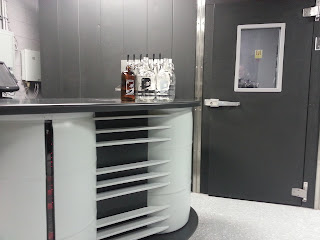 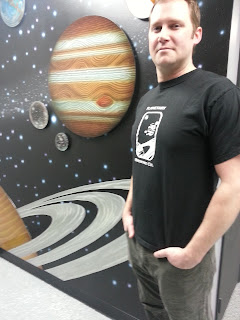 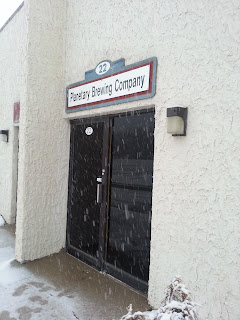 The first flow of beer from the Planet… ah, er, Planetary Brewing flowed at 4:00 PM, Friday, March 8, 2013, in a small almost off-the-beaten-path space (like a galaxy far, far away!) but actually just minutes from Oaken Barrel Brewery in Greenwood, IN. This new nano-brewery (yep, very small) rises from the dreams of a home brewer with previous business experience (sound familiar). Andrew Groves was a home brewer who had friends really enjoy his beers! So what does a brewer do when friends want more of your beer? You dream of better equipment, bigger production, and growlers of beer. Andrew, who had already worked with his father to grow a small business, had such a dream. Planetary Brewing with new stainless steal brewing equipment, a tap room, and opening for growler fills is the result! Open Fridays 4-8, Saturdays 12-6

The first brews available are a Creme Ale ($10 growler/$6 bullet), a Stout* ($12 growler/$7 bullet), and Dunkelweizen ($12 growler/$7 bullet). Growler fills only! No Pints, no food, just beer to go. Note how these three likely complement a Greenwood beer run…. Oaken Barrel can fill you up with their famous wit, or SuperFly IPA while you get over to Planetary for one of these different styles.

UPDATE We visited on Saturday for samples of the actual commercial beer. The Stout is a deep chocolate oatmeal stout with a lot of body and deep, dark flavor. The cream ale is deeper and richer than most of those in this style.

As these rotate off tap the next three will be (not necessarily coming in this order) a pale, a brown ale, and a honey wheat. Eventually, Andrew plans to add a porter, an amber, an IPA, even a triple, dubbel, and Belgian dark strong based on home brew recipes. By the way your first empty growler will cost $6
but he is prepared if you bring your own he can paste a sticker on it. Empty 32 oz bullets cost you $4.

My first introduction to this venture was through Planetary’s Admiral of Planetary Explorations (um…I’d call this a beer ambassador) Doug Goins, who is a fixture in the Greenwood beer world as long-time bartender at Shallo’s, home of hundreds of beers.
I had some of Andrew’s beers from homebrew batches and the ones I tried were very solid beers, the ones his friends like drinking. For those who like more technical information brew batches are about 62 gallons but fermenation and holding capacity is much more. Rough calculations are that at the start customers can expect about 700 pints per week.

To find Planetary (my GPS takes me to the wrong place) use Greenwood’s Main street. If exiting off I-65, head West, 1.2 miles to Polk Street. From Central Greenwood head East, over the railroad tracks to Polk Street. Turn South. Look for the sign that says 500 South Polk Street! Turn East and the third door on the right has the Planetary sign above it. Limited parking either on the street or across from the brewery in a small lot of a neighboring building. (see photos) 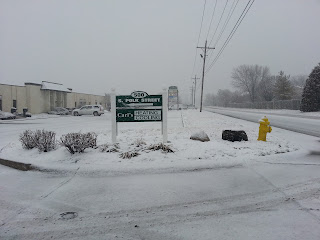 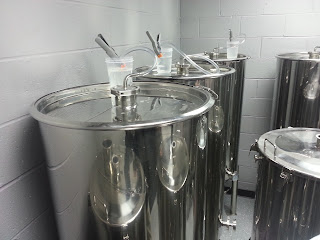 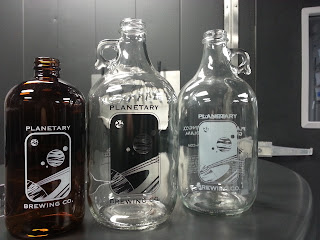 The street sign where you turn, the stainless,
and the growlers

Cheers…. see you there! Greg Kitz