OK, what’s a Norman Upland and what does it have to do with the Upland Brewery? That’s a two-part question. 1) The Norman Upland is a region of south-central Indiana that is beyond the limit of the Wisconsin glacial deposits. 2) Nothing really except way back when Marc Sattinger named the Upland Brewery for these hills. So why is this post titled thusly? It contains information about the brewpubs in the Norman Upland, OK, maybe a little further. Bloomington, Nashville, and Columbus. A nice drive on a fall turning-leaves day and an easy way to visit 4 brewpubs with a 30-mile drive on Ind 46. Or take Ind 45 to Nashville via Helmsburg for more 2-lanes. That’s what I did the other day. 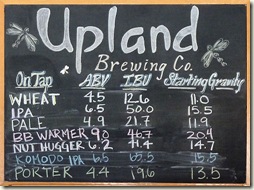 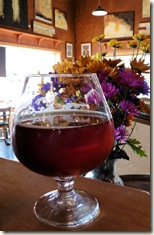 The Bourbon Barrel-aged Winter Warmer on tap is a malty barley wine hidden away in Buffalo Trace barrels for the summer. The 47 IBUs don’t balance or tame it – consider it was a 1082 OG. In two weeks they are looking forward to sticking a tank out the top of the brewhouse, effectively doubling the capacity. 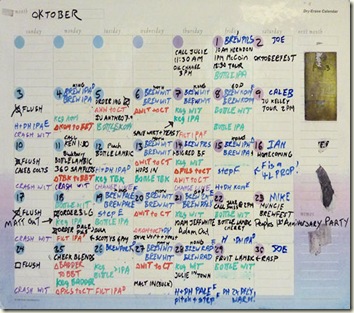 Caleb is kept pretty busy but has time to nose some lambic samples for next year. 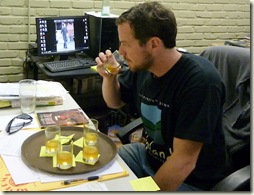 Speaking of Lambics. The Kiwi goes in for fruiting in a couple of weeks and many others of the 2010 release are waiting in glass. Blackberry, Peach, Strawberry, Blueberry, Red Raspberry, and Dantalion Dark Wild will be back also along with a new one called Gilgamesh. 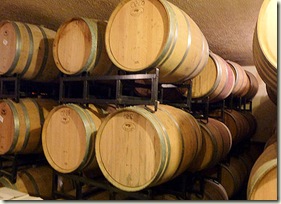 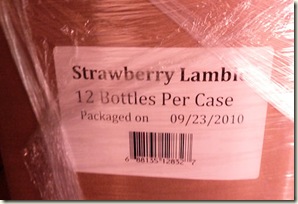 Bloomington Brewing‘s handpulls change constantly. I was lucky enough to get a Cask Conditioned Mild Ale. The dry hopping puts nonsense to the posted 5 IBU. This comes to an effective 30 IBU. A perfect Brit ESB for Americans. 4.7%. Coming up on the handpull in November include Quarrymen Pale and Double Hopper. Scott’s 6th law: If your beer does not go with chocolate, you’re drinking the wrong beer.   Big Woods Brewing 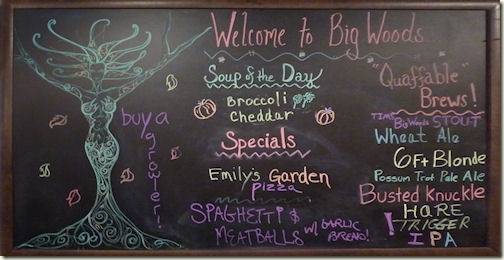 Busted Knuckle – Now their signature beer (replacing Tim’s Big Woods Stout). A hybrid ale close to light-bodied porter but with a 7.5% basis. 27 IBU from Crystal and EKG. A bit of roasty and well-balanced. A+ stuff. Stood up to the spicy chili.

Power House / Columbus Bar The Great Powerhouse Collaboration Abbey Ale is freshly on tap with plenty of modicums of funky Abbey Ale yeastiness. White River Brown is highly carbonated for a Dark Southern Brown / Mild. Malt predominates and the carbonation adds spriteliness which seems out of place at first. 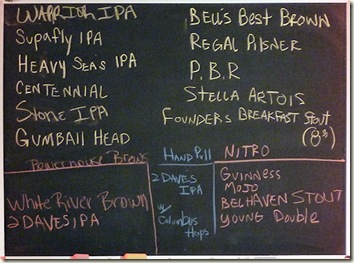