“Smuttynose has a well-earned reputation as one of America’s best all around breweries.” says All About Beer Magazine. The five regular beers have now hit Indiana and here is a quick peek at them: 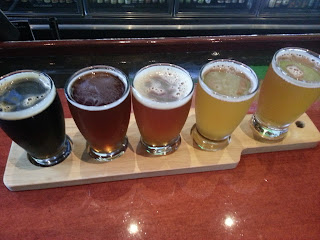 Robust Porter: yes, it is! Deep, dark with chocolate and Carafa II malt with just enough Cascade flavoring hop and Magnum bittering hop to make this well balanced roasty and fairly big at over 6%. Listed as “world class” on BeerAdvocate by The Bros, this dark brown beer straddles the line to its cousin stout while delivering huge flavor. 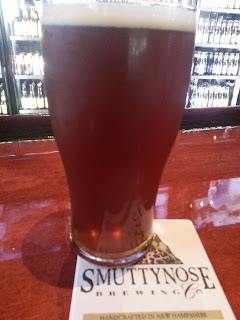 Old Dog Brown Ale: I love that name. I love the beer. Also listed as “world class” by The Bros on BeerAdvocate, this deep amber-colored malty beer has a great body and is cousin to an English brown but bigger at over 6%. Complex and slightly sweet with a hint of the alcohol.

Shoals Pale Ale: a British Pale at 5.6% with cascade hops that won best American beer 10 years ago at the Great British Beer Fest.

Smuttynose IPA: with two self-proclaimed “geezers” on the label, at 75ibu citrus notes come from Simcoe and Santiam, with Centennial plus Magnum for bittering and dry hopped with Amarillo. This provides plenty of flavor without a predominate single-hop focus. IPA Vimeo Here

My two favorites were the Porter and the Brown, and several bar staff have echoed those preferences. Now available throughout Indiana! Cheers! 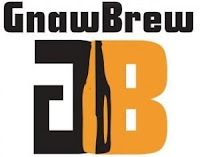 The Gnaw Brew Beer Festival is July 27, at Valley Branch Retreat, 2620 Valley Branch Rd. Nashville, IN 47448
This is a regional Homebrewers’ competition. This year’s winner will have the honor of brewing his/her winning beer in a 50 gallon batch at Powerhouse Brewing Company’s new state of the art facility with Powerhouse proprietor Jon Myers.The winning beer will be placed on tap at Powerhouse and the winner will also have a tapping party held in his/her honor to celebrate the kickoff of next year’s festival event.

The event is takes place Noon to Midnight with gates opening at 11:00 AM, and advance tickets $15 , at the gate $20. Breweries on hand include Powerhouse, Big Woods, Hawcreek, Zwanzigz, and Highway 50. There are music groups all day and night, food, and more…. INFO HERE