Jerry Sutherlin at Rock Bottom, Downtown Indy has a line-up for American Craft Beer Week including:

Jerry will be making a kick-off toast on Mon, May 11th, 6pm. All three downtown brewpubs will host open houses on Wed, May 13 from 6-9pm. That includes Alcatraz, and Ram also. 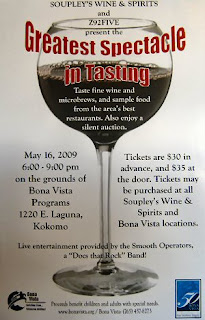